Gratitude for the Scars

My face and hands still bear scars from this incident.  I was very self-conscience about them for a long time, but now I am grateful for them.  They serve as a reminder of a pivotal time in my life.  This incident temporarily left my faced ugly and marred and injured my wrist which prevented me from working out.  In a sense, it stripped me of my physical identity for a season, but that is what caused me to begin seeking to discover my spiritual identity.  Light began to enter into me through those wounds.


I am grateful for weaknesses.  This past year I have had so many of them laid out before me.  Its been a terrifying endeavor venturing into those deep wounds, but it's deep in our weakness where the true strength of the heart is discovered.   It is through our brokenness we find God and the divine within.


Strength and weaknesses are one-in-the-same at the core, not mutually exclusive.  The only way out is in.  The only way out of your weaknesses is by going in and seeing the truth about who you are, and that means owning all of the possibilities.  You cannot get to your strength except by traveling through your weaknesses, owning them and allowing the potential that lies within your light to transform them into powerful strengths.

Where your weaknesses are, there will your strengths be also.

I am grateful for wounds and weaknesses- they have given God the opportunity to come through for me.   I have gratitude for the scars- they bear witness of the healing received through my Lord, Jesus Christ.

Although I have been through all that I have, I do not regret the many hardships I met, because it was they who brought me to the place I wished to reach.  Now all I have is this sword and I give it to whomever wishes to continue his pilgrimage.  I carry with me the marks and scars of battles- they are the witnesses of what I suffered and the rewards of what I conquered.

Posted by Khaden Reed at 2:43 PM No comments:

It was a dark night. There was no moon. And only a few stars could be seen in the desert sky... just darkness and the howling cold winds.

“Are you afraid of the dark?” asked the teacher.

“In the Scriptures, darkness is a symbol of evil. Darkness is an absence, the absence of light. So too is evil…”

“Evil is an absence?”

“Evil is not so much a reality as the absence of a reality. It is not of the creation, but a denial of creation, a negation of what is, the negation of God. And so it can’t exist on its own, but only in opposition to existence.”

“What does that mean?”

“It’s the force of opposition,” I said.

“Yes.” He replied, “and in Hebrew that which opposes, that which goes against, is called the sahtan.”

“Sahtan,” I repeated, and paused until it hit me. “Satan! You can have God without Satan, but you can’t have Satan without God.”

“A witness,” I said, “a hostile witness, that, despite itself, testifies of the truth.”

Today, practice seeing through the darkness of every problem or evil that confronts you- to the good that lies beyond it.

-Jonathan Chan, "The Book of Mysteries", The Shadow.

A New Day, A New Love 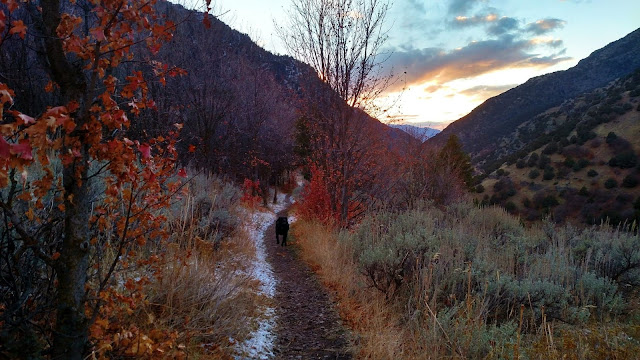 People are often weirded out or offended by the way I talk about God and my relationship with Jesus Christ.  It is not the same view of God they were raised to believe in, and so when I openly speak about my deep appreciation, feelings, and infatuation for Jesus, it is easily mistaken by the strict traditional church-going type as being disrespectful and sacrilegious to the divinity of Christ.  It makes them uncomfortable when I use more intimate and familiar terms such as friend, lover, and wild to describe Him.  When I asked these religious friends to tell me about Jesus the term that is most commonly used to describe Him is "The Savior."  The title is mostly used as a form of formal respect as opposed to sincere gratitude for being saved.  It is used without emotion.   It is true Jesus Christ is our savior, however, the term "savior" is only used 24 times in the New Testament, and referenced only 12 times in the Book of Mormon.   Jesus Christ is much more to us than our savior.  As John Eldredge says about Jesus,


He is the playfulness of creation, scandal and utter goodness, the generosity of the ocean and the ferocity of a thunderstorm; he is cunning as a snake and gentle as a whisper; the gladness of sunshine and the humility of a thirty-mile walk by foot on a dirt road. Reclining at a meal, laughing with friends, and then going to the cross. That is what we mean when we say Jesus is beautiful. But most of all, it is the way he loves. In all these stories, every encounter, we have watched love in action. Love as strong as death; a blood, sweat, and tears love, not a get-well card. You learn a great deal about the true nature of a person in the way they love, why they love, and, in what they love.” ― John Eldredge, Beautiful Outlaw: Experiencing the Playful, Disruptive, Extravagant Personality of Jesus


I believe constantly revering Jesus as a distant "Savior" separates us from the vast and diverse, yet deep and intimate, love available for us to partake in.  I recently read this about God's love in Johnathan Cann's, "The Book of Mysteries"


"In the Song of Solomon," said the teacher, "the bride compares the love of her beloved to wine. Wine was a symbol of earthly pleasure. Yet when the bride speaks of her beloved, she says this: 'Your love is better than wine."

" And the Song of Solomon is ultimately about God and us; the bride represents us and the beloved represents God. "

"That the love of God is better than any earthly pleasure. "

"And what does dodekha mean?"

"Not 'your love.' Dodekha means your loves...'Your loves are better than wine.' What does that reveal?"

Seek this day to know not only the love but the loves of God-the always new and never-ending loves of your Beloved for you.

God is so many things to so many different individuals.  We shouldn't get angry at one another because we experience Him in different ways.  Every day is a new opportunity to know God in a new and unique way.  I shared a picture of the sunset because of how significant the setting and rising of the sun has become for me.  In the temple endowment that was practiced in ancient Egypt, it was a day-long religious ceremony that began with sunrise and ended with sunset.   That single day was symbolic for the birth, life, and death of the participant.  Likewise, every night we go to we sleep we experience a miniature death of the past as we are reborn into the next day, a new day of possibility, and adventure.  A new day to discover God and His love afresh as a little child in a deeper and new way.
Posted by Khaden Reed at 11:59 PM No comments: