A White Elephant Gift, a Broken Drive-Shaft, and a Hero in My Eyes

How does a seemingly horrible day become an absolutely wonderful day?  You recognize God's witty hand through it all. 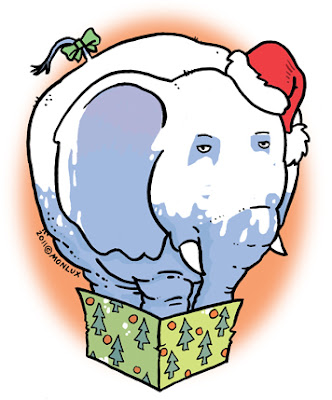 I've come to cherish the Sabbath, it is my absolute favorite day of the week because I’ve come to understand its deeper design.  In the creation, God placed a garden in Eden.  A garden has great significance to a kingdom palace because the palace garden is where the king goes when he is not busy dealing with kingly matters of the throne.  He goes to the garden to get away, relax, and enjoy beauty.  He goes there to find rest unto his soul.

In the garden in Eden God placed man. He does this on the 7th day, a day which He sanctifies as a day of rest. (see Genesis 2: 1-9)  If a king goes to his garden to find rest, what does this tell you about God and how he views us by placing Adam and Eve in His garden?  He finds pleasure and rest unto His soul in being with us, and has a sanctified day for that  very thing.  The sabbath day is not designed to simply be observed as a day to abstain from work and fulfill mundane religious obligations.  It’s a day designed to enjoy sweet communion with Jesus, to experience the benefits that come from engaging in an intimate relationship with Him.  It’s a day where we are to slow down and enjoy a walk in the cool of day with the God who finds joy in us.

And so this last Sunday was a day of sweet communion for me.  I spent the day fasting and worshipping and it turned out to be a very, very good sabbath.  The week had five finals in store for me and I had hope that the ecstasy and love I had would carry through the week, but fate immediately took a sharp turn.

As I was driving to my graveyard shift that night my Jeep began to act very “sick”.  Every time I hit the gas while going over 30mph the whole frame would start convulsing into a mass seizure on four wheels.  I would not have time to repair it until finals were over in a couple days.  I pick up shifts in a group home for adults with mental disabilities, and the graveyards allow me to study and sleep while the clients are in bed.  However that night I was unable to get any studying or sleep done because one of my clients was acting very aggressively and causing property damage.  This was not a common occurrence at this house, and so I did not anticipate it.  Nonetheless, I was forced to pull an all-nighter and began to feel furious because I had a huge engineering exam at 9:00am.  I went straight from work to school with nothing in my system except for a bowl of cereal, Maverick coffee, and a prayer.

During the exam, I discovered that the programs I had created on my graphing calculator had been erased and I was, therefore, unable to solve all the problems on the test- a test that equates to 30 percent of my grade in a very important and detrimental class.  My entire degree was actually hinging on this class and I couldn't help but feel that I was being thwarted in my efforts to pursue an Engineering career.   When I got home a received a complaint text message from my office job.  I wasn’t in the mood for criticism at this point.

I told a friend all that had happened in the past twelve hours.  I asked her if the kind of stuff I was experiencing ever happened to her, where one day is perfect, then the next one completely crappy.  She told me:

“You betcha, but once you realize what’s going on, it almost becomes comical and like a game… but the heat of the moment is the portal to the freedom part…”

I decided that the day was not over yet and that I would still make it a good one by finishing the killer white-elephant gift I was working on for a church Christmas party I was attending that evening.  I prayed to God that if one thing could go right this day, that it would be the white elephant gift exchange party.  For some odd reason, it was placed in my heart to give a more thoughtful effort into my white-elephant gift.  So with the 5 dollar limit criteria, I bought gift-wrapping paper, a snowman themed oven-mitt, an Avengers super-hero Santa hat, hot-coco mix, and a holiday card in which I wrote the following in my nicest cursive:


Some oven-mitts becasue you are too hot to handle,


An Avengers Santa hat becasue in my eyes you're a hero,


And some hot-coco for keeping that warm heart of yours burning.


I felt silly, almost childish, writing such a cheesy message, but I felt like someone would need to read these words tonight- that perhaps God would answer someone's aching question through the anonymity of a Secret Santa.  Deep down we all have warm yet warrior hearts, maybe it would awake the hero in waiting within.   As I completed wrapping the present I found myself excited and giddy, becoming emotionally invested about the possibility of this cony gift putting a smile on someone's face.   I prayed over it that it would be lead to the right person.

At the party, there was a total of 28 gifts.  Out of all of them, mine was the first one chosen by a young guy I had never seen at church or any activity. (for the 2 or 3 months I have been attending)  He was with his wife and their young toddler and he seemed very shy and quiet.  I watch intently as he unwrapped the gift.  He didn't seem excited, in fact, he didn't even open the card.  His wife had to point out that there was a message in it, and when he did read it silently to himself his face was expressionless.  My emotional investment down the drain!

As the party came to an end two guys asked me for a ride home, both living in completely opposite directions.  Although I asked others to help, no one else seemed to be able to give one of these guys a ride so I agreed, warning them that my Jeep was having issues and would be a bumpy ride.   Shortly after dropping off my first passenger I was making a turn at an intersection, downshifting when I heard the nasty and horrific snap from the rear of my Jeep.  No power was being delivered to the axles no matter how much I pressed the gas.  My Jeep was broken.

I pulled over, but before I could take a look, I had to walk alone off into the trees to pray and collect myself.  The day was already absolutely crazy, and couldn't imagine it getting even more out of hand,  I couldn't handle it.  I was scared to look and assess the source of the snap and asked God to make it not-so-bad, even though I knew the damage was already done.  I discovered my rear-shaft had broke.

I didn't think my Jeep would be driving away from that spot that night.  I put an SOS on the GroupMe app that our CollegeCore Chruch group uses requesting that someone come pick up my passenger and give him a ride home while I deal with finding a way to get the Jeep towed.  I posted this request with a picture of the problem.  Almost immediately someone replied saying they were on their way.  In the group message, the person told me that he owns an 89 blazer and had broken four drive shafts in the past and that if I put my Jeep into 4H I could get it home.  I was stressed, and all I could not see past the broken drive-shaft.  So it did not cross my mind that 4-wheel drive would not require that the front and rear axle be connected. It worked! There was, however, an extended shaft protruding from underneath my Jeep hanging just a few inches off the ground.  I would have to drive very slow.  Giving my friend a ride the rest of the way to his house was out of the picture.   While we waiting for the answer to our SOS to arrive I used rachet-straps to anchor the drive-shaft to the bottom of my Jeep, up and away from the ground.

When the man who responded to my GroupMe message arrived he was with his wife and his toddler.  I was shocked to discover that he was the same guy who had previously received my white elephant gift.  He was precisely what I had intended and written on the Christmas card: in my eyes, a hero.  He followed behind me as I drove slowly in 4H to make sure I made it home, but before he left to finish giving my friend a ride, he offered to come back to help me in find and install a new drive-shaft.
I was undone when I got inside my house, filled with hysterical laughter. I exclaimed to my Lord,

"Jesus...you witty God!  You are hilarious!  Your humor, it never ceases to amuse me! You never cease to amaze me!"


All the stress, frustration, and disappointment fled from me and in its place I was filled with praise, humility, and laughter.  I remember what my friend had told me earlier about bad days seeming comical once you realize what is really going on.  Her wisdom proved to be prophetic to me and I had to call her and relay the entire story.  God had been fathering me, and although I believed that I was being overcome with trials and struggles, He was holding me in the palm of His hand the entire time.  He made his presence know to me in the most unexpected, humorous, and comical way possible.  The realization that came through the heat of the moment was the portal to the freedom.